It is spring in the southern half of the world, and as a result everyone is coming down with seasonal allergies after a very long (well it seemed that way), cold (no it really was as cold as charity according to the weather bureau) and miserable winter.

Today is also marks my brother’s birthday – so Happy Birthday Scott. Hope that you get the message. More importantly I hope that you are reading the blog! But enough of me and onto the site seeing!

I’ve mentioned Chris Mears’ site in the past. His current post provides some interesting thoughts on variations among other thoughts on the “One turnout layout” posited by Lance Mindheim in the May 2013 edition of the Model Railroad Hobbyist Magazine.

Read the article, and then read, and take part if you’re willing, in the discussion at the end of the post. It’s been thoughtful reading. Not saying that I agree with it all, but it has been thought provoking.

Back on August 10th I posted about a video of a switching job switching Batory Foods in Chicago IL. The overview images of the site that I found were not correct for the site in the video (thanks to Chris Gilbert for pointing this out to me today).

Chris said that he thought the location was actually at: 1881 Touhy Ave, Elk Grove Village, IL 60007, United States. I looked at the location today both in Bing and in Google Maps, comparing it to the YouTube clip and Chris is right. The video shows the an image at 0:50 seconds: 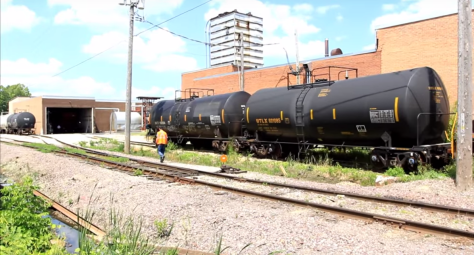 My bad, but that bad might also be good, or at least have a good side to it. The original address is rail served, and the site in the video is also rail served.  So let’s have another look at Batory Foods.

If you’ve not seen the video click the link for my August 10th post and watch the video again for clarity’s sake. As shown in the video the Touhy Avenue site gets switched as a push in by the loco – very much like the Inglenook. 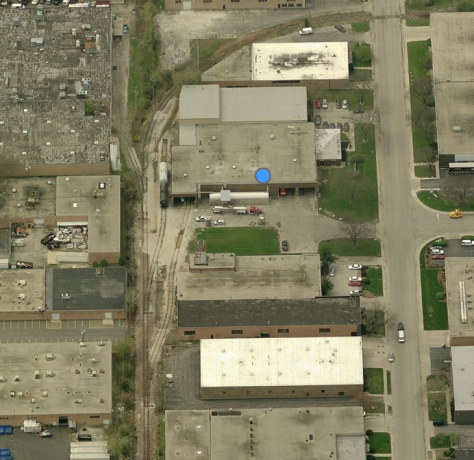 Image 2: The overview of the Touhy Avenue site (Blue Dot is the address)

The two spurs into the facility are on the right of the branch. The spur upper left is for another business. Of note the branch goes around the corner and ends.

Outside the facility, where the two tank cars sit there may well be unloading pipes through the wall of the building. They all appear to be AAR Type T (Tank) cars of class T105. In the video I can see NATX 190064 specifically. Because the primary business of the Batory group is sweeteners and so on, it is likely that the short tank cars are carrying corn syrup (HFCS) or something similar. If you intend to model the location I’d suggest adding steam lines at the unloading point to allow for operations in the cold Illinois winters.

Image 3: A close up of the external unloading point

This is a highly modellable location, as was the previous location in the August 10th post. It’s small, surrounded by other warehouses close by. The site has a range of terrain including:

All of these lend themselves to being closely modelled and with a little selective compression between the switch and the road crossing, the entire site (of around 200 metres length to the first switch) could be modelled in about 2300 millimetres or around the 92 inch mark – plus staging – in HO.

Image 4: a suggested layout for a Batory Foods layout

Image 4 shows a suggested layout using that selected compression (bringing the road at the right closer to the switch). Any misdirection on my part was entirely unintended, and thanks again to my good friend Chris Gilbert for pointing out the error of my permanent ways.