Mike Cougill over at OST Publications is an inspiration when it comes to modelling track. His work is in O scale sure, his techniques however can be used in any scale to spruce up, or in this case make a mess of, otherwise perfectly good track.

His recent post about modelling oil soaked track is a point in case. Simple, presented in a straightforward style and always willing to experiment Mike’s technique provides a great result.

Mike’s site is full of great articles and ideas. Very well worth the time taken to visit.

Whether you model the US, UK, Australian, Canadian, South American or European scene one thing that O scale requires is imagination. As much as I would like to have a very large garden and shed layout, the reality is that is not going to happen due to constraints with money and time. I have not enough of either and so the scope of what I model has to be within my reach, simple to achieve and quick to build and ready to a credible level of detail and where possible use what I have to hand. On to today’s site of interest.

When space is tight using imagination allows you to find and define the layout’s place within the wider railway network; Pick Purse Halt does this admirably. Let’s take a look at the track plan first and see why.

On first look, there’s not much to the track plan. One turnout and a couple of sidings. The layout portrays a small passenger halt along a GWR Country branch. So we’re set in time during the 1930s with steam railmotors and Auto Coaches on passenger work and pannier tanks working the freight trains. Let’s assume though that the line did not close during the 1960s and the Beeching cuts; where would that take us?

Single car DMUs such as RDCs, Gloucester RC&W Class 122 Bubble Cars, Tokyo abounds with types, as does Europe and I think you may now get the idea. All we’ve talked about though is the passenger service on the through line. There is also the short freight passing by and reversing into the sidings. Or coming in direct from stage left; this is where the operational potential of the layout really comes into its own.

The freight area can be worked differently in many ways both visually and conceptually:

As a small layout Pick Purse Halt punches way above its weight. So much to be done with the design and the scenic treatment depending on the era and location you model. Your choice could come down to using what you have on hand to set the location.

With controlled lines of sight, and the feeling of the rest of the railway just beyond the board, this could well prove to be the best idea of the month.

April is now and forever more deemed to be the ‘O scale’ small layout month. 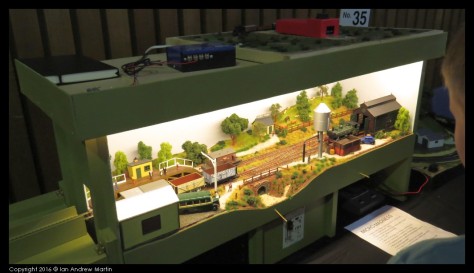 Throughout April I’ll be posting layout plans, and information, on small and achievable layouts that have already been built in O scale, or that could be up-sized from the smaller scales to fit in a maximum visible space of 8 feet x 2 feet (2400 x 600 mm).

The only requirement is that it must be based on the recognised scales of:

So this includes 0n30, Metre gauge, standard, broad, and anything else that you can imagine. Traction can be steam, diesel and, or electric. If you have an industrial track plan or layout that is small in nature I’d be really interested in seeing more information or links to your website especially.

I’ll still be posting the usual informative and layout focused information as normal, this is simply something special I’ve wanted to do for some time.

If you have any ideas or layouts that you’d like to share during April drop me a line through the comment field and I’ll work with you to get that information into a post!

Don’t forget to ‘Like‘ this post and ‘Comment‘ if you find it useful or would like to offer or need further information. If you’ve not already subscribed to keep up to date you can do so now using the link at the top of this or any post or page.

For those of you who’ve been following the blog for a while you may know that I am rebuilding two Weaver GP38-2s. In the process of rebuilding I had come to the conclusion, due to the difficulty of getting parts help from several of the USA suppliers, that I would have to build a lot of O scale parts. Then Lo and Behold – American Scale Model Professional Services comes on the scene on eBay; more in a second.

So here’s what I bought: 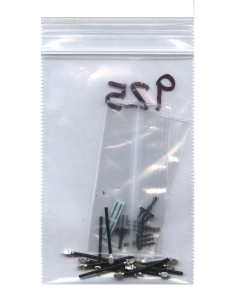 When I saw these little babies on Flea Bay I thought all my Christmas’ has come at once. Because these parts were going to be a Royal Pain in Diaz to manufacture. I can do it, but with dragging feet, toes in the dust and all, I just “din wanna”.

In addition the shipping costs were pretty good and the service was outstanding. Ordered the 8th of February they arrived the 24th February. I got gouged by the fallen Australian dollar – but that was not the owner Bill’s fault. I blame the bloody Chinese economy for that! I’m going to keep Bill’s details in my diary and contact him again when I need more parts. Hear that Bill? Done in my best Arnold Schwarzenegger Terminator voice – I’ll be back.

And yes, those are decals in there. I’ll be putting on the magnifier and taking a look at these later on. Later gator.

I’ve written and shared a lot of Gene48’s posts before on this blog. Not only because he models in P48 O scale, but also because of the quality and quantity of his work. As the next to the last post for the year, I thought I’d round out with one of Gene’s more recent posts.

Gene’s using the techniques developed by my favourite railway author – Gordon Gravett – to make his grade crossings. I wish I could afford the book as it goes for outrageous prices on Amazon and other places. I have most of his other books btw. 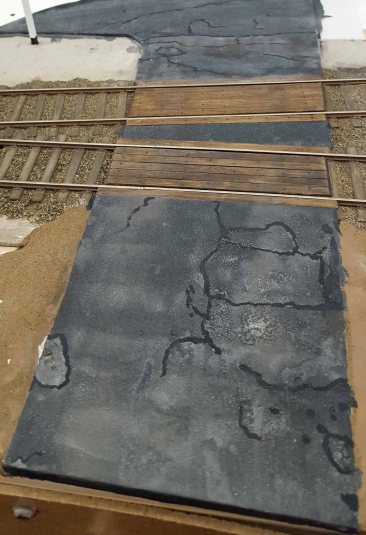 If you’d like to wander over to Gene’s blog and take a look at what he is working on then please do so. You won’t be disappointed.

I love the size, and the presence that O scale models have. While cruising around on the MRH forum the other day I came across the blog of Jack from France (SVJRR) whose modelling is just outstanding. And so onto today’s site.

Jack, whose English is very good for those who might be worried, steps you through a tutorial on how he updated some of the 1970’s Atlas O Scale cars (actually made by Roco in Europe) into modern-day equivalents.

As I have around 10 of these cars sitting quietly in my stash his tutorial came about at exactly the right time. The work is simple (and not surprisingly mirrors the work I am doing on the Gondola build at the moment.

I know that the cars are not exact matches for specific prototypes, although they are very close, but they allow you to get up and running quickly with little effort beyond grabs, steps and a repaint.

Yesterday was all about passenger service; today is all about freight. Chris Gilbert pointed this video out, on his YouTube page. However the producer is ChicagoJoe28. But enough words let’s get to the video.

With success in the greater Chicago market, the Company brought its broad line model to food manufacturing centres around the country. Some of the growth came with the original business; some by way of acquisition with:

Recently, the various names were consolidates into the single name: Batory Foods.

The site’s switched as an Inglenook. The two on-site spurs lead to undercover augers (I’m assuming here of course) for unloading powdered or granulated product. 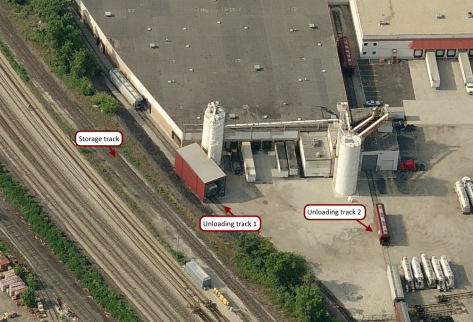 The storage track goes to other industries further down the track, but does not show recent use from my quick look. The loco has to push the cars into the site so you have a simple, prototypical Inglenook that won’t take up too much space. It is small enough that you could model any date from 1979 on in HO, S or O scale.

SCORE! What are your thoughts?

Thanks to Chris Gilbert for the vision, and to ChicagoJoe28 for filming it.

Over on Gene’s P48 (Proto 48 – Fine US O Scale) blog he’s building the first of a series of Wilson meat reefers.  Today’s first post provides some information about the series of cars that he is building. The following articles are bringing the build process up to date so far.

While the articles are about building a car in American Proto 48 O Scale there is much to be learned about scratchbuilding from gene that can be applied to any scratch build or bash project you might have in the work. Take the time and take a look around. I’ll be applying the techniques Gene’s been writing about to my future modelling work.

This article provides a run down of the types of reefer and some of the inaccuracies in existing models of this type.

This is the first article on building the reefer. The focus of this article is on the basics of the design and starting the body.

Site 2 Modeling: Next step on the reefer [+ Link Here]

The second article focuses on the steps to complete the basic body. This includes some really great ideas on how to complete the sub-roof for structural integrity and the visible roof.

Site 3: Modeling: Refining the door and the roof [+ Link Here]

In the third instalment of this series Gene focuses on fixing a problem with the door, take note, after he had already built it, and focuses on refining the final roof structure.

Gene shows the fixture he built for measuring and cutting the roofing boards.

Gene goes on with the build this time focusing on the under frame.

Gene continues with the under frame, focusing on building the bolsters.